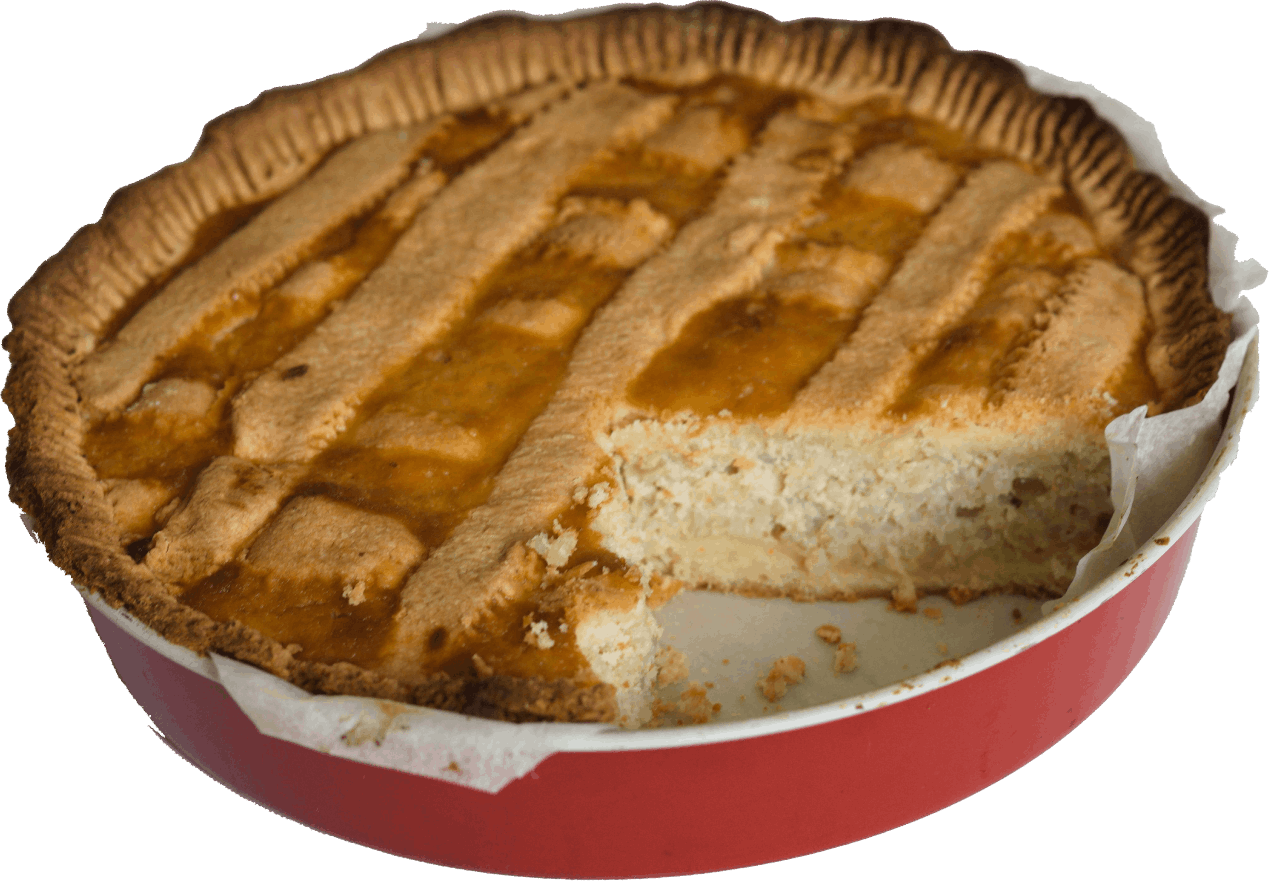 The "pastiera" is a very popular tart, traditionally baked in the region around Naples for Easter - but, in Naples, it's loved at Christmas time too.
It probably was done with pasta at first (hence the name!), but nowadays everyone uses boiled wheat. I'm celiac though, so I use rice instead! Please know that this isn't the "original" traditional recipe, if you want to make a classical pastiera you *will* need wheat. This is a yummy alternative though!
It's not a hard dish to make, but also not the easiest. If you've baked a pie before though, you're good to go!


Ingredients for the shortcrust pastry: 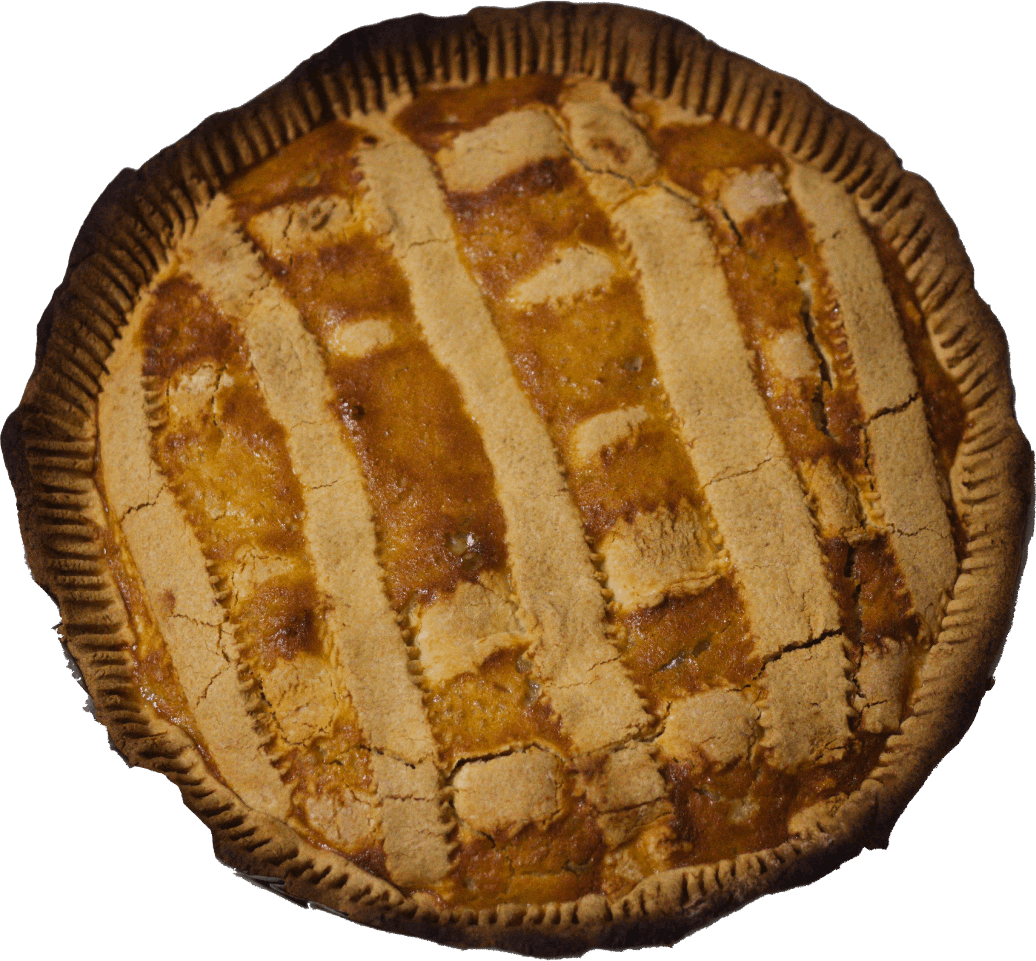 First off: let's get that rice ready. Boil it in salted milk and water (I tend to use 500ml of milk and add in the water as needed, you can also use just milk!). Wholemeal rice will probably need an hour or so of cooking, it needs to absorb a lot of water and be still pretty soft. Unless you *really* like the extra bite, in which case do as you please!

Then, you need to make the shortcrust pastry, as if you were making any other pie. You just combine the ingredients together (butter must be room temp, not melted) and work it with your hands until it's a nice sticky sphere!
Then, you divide that sphere in half: one half you will use for the base of the pie, the other for the decorations on top.
The pastry is pretty straightforward: you gotta line the form with parchment paper, roll out the dough with a rolling pin, and put it in the form. I am very messy at this, and always break it! It's okay. I just use my fingers to push the dough closed again once it's in the form. You don't need to be precise!! Be messy about this! Just line it all with dough: it will have to be like a bowl of pastry for what we're about to put in!

Now, the fun part! In a bowl, let's mix the ingredients for the filling.
You gotta wing it a bit. Put in the sugar, melted butter, ricotta cheese, mix them. Then mix in the eggs and aromas, and at the end mix in the rice as well. It should be liquid, but not *watery*. If it's not liquid, add just a little bit of milk! You then pour in the mixture in the pastry, and decorate it as you would a pie. Don't worry if the decorations get sucked in the mixture a bit!!

Now. The cooking of this tart is a mysterious affair. I tend to put it in the oven at 180°C (not pre-heated, heat from above and below), and after the 45 minutes mark I start checking it more often. It usually cooks in an hour or so, but it will depend on your oven and how liquid was your mixture. You need to wait until the top has gone an orange sort of golden, like in the pictures. Then it's done!

The pastiera needs to be baked 1-2 days *before* serving!! It needs time to let the aromas permeate everywhere. So once your oven is cold, put it back in there and be patient for a day or two! Don't worry about it spoiling. It won't last long ;D 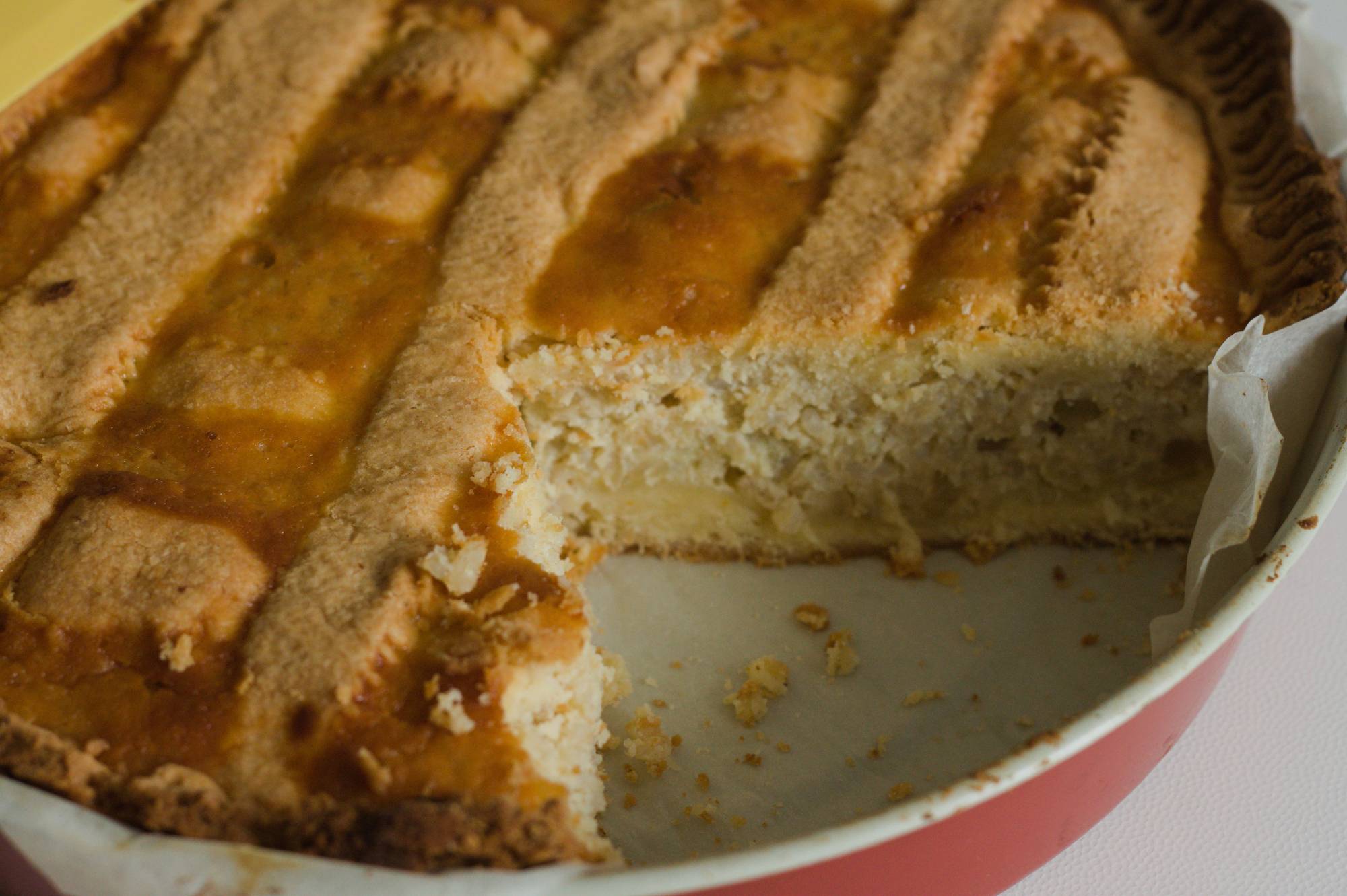